Note: Scroll down below this article for NEW reports and updates being posted!

I think everyone got caught a little off guard by the storm that hit the region on Sunday. The bottom of the storm reached as far as south as suburban mid-Michigan, reaching counties all the way up the northern part of the coast around Petoskey. The “red” concentrated parts of it hit Northwest Michigan the hardest, like Glen Arbor, along with other towns around Leelanau and throughout Traverse City. My North Live reports that what seemed like a tornado hitting the Glen Arbor area was in fact harsh straight line winds – reported up to 93 mph.

One man who was spending the weekend at his cottage said, “I was working outside in the garage. Winds picked up really quickly, followed by hail the size of baseballs. By the time I could react, I heard the crack of a hundred year old oak tree just feet away from me and watched it fall on and all around my parked car in the driveway.” Reports like this, and worse, are felt by much of the community.

While crews are out working to clean up the damage in full force, small business and local residents are also coming together in a big way, to help people get in and out of their homes, drives and roads. Bringing people bags of ice, coming out to work with their chainsaws, and meeting delivery trucks from afar – despite some road blockage. With the extent of the damage, amount of down trees and power lines, there’s no telling how long it will take to get power restored and the area back to normal.

Here’s an image of a barn roof (we don’t know where it came from) that landed atop of someones backyard garden in Maple City.

Throughout the week to follow the storm on Sunday, the area was out of power but business were still able to stay open to the local community. Running on generators, still providing the essentials and pleasures, include Anderson’s Market, Art’s Tavern, Northwoods Hardware and Cherry Republic throughout the week.

As many small businesses were OPEN as possible – even without power – providing a unique way to experience the community and still enjoy all that Glen Arbor has to offer. For example, Synchronicity Gallery, despite being out of power, is doing art by candlelight and serving wine and cheese, while open during normal business hours. Crystal River Outfitters has cleared the Crystal River to OPEN it back up for kayaking and canoeing. M-22 in Glen Arbor remained open for Wine tasting.

Acts of generosity were done like an Impromptu meal being served to those folks sheltered at the Glen Arbor Town Hall last night, provided by Randy and Mary Chamberlain of Blu. See more of the community coming together, with updated reports from the Glen Arbor Sun.

It’s day to day and minute to minute around here, but HUGE progress is made daily, providing less inconvenience and more experience for visitor and residents trying to come and go from town. While there was quite a few impassable areas of roads after the storm, due to dangling power lines and down trees, you could stay updated on areas to avoid until it was cleaned up and power was restored. >Check out a MAP of roads from the Leelanau County Sheriff’s blog – updated regularly.

Young and old came together to restore our common love – the naturally beautiful are that we live in. Residents came out with chainsaws and work gloves on, business owners worked extra long and hard days. You could see acts of generosity and selflessness, service to one another, and neighbors helping neighbors.

While there was devastation, inconvenience, and loss – we’re all still counting our blessings to enjoy the beauty, community and solitude that our region brings. We’re staying thankful knowing that this storm is nothing compared to catastrophes that are felt around the globe.

• 8.15.15 | Governor Snyder declares Disaster in Leelanau County, saying “we are striving to help Leelanau County to ensure residents and businesses there have the resources they need to recover as quickly as possible.” -From article posted in the TC Ticker

Similarly, the Dune Climb is open, but the Dunes Trail to Lake Michigan is closed because of the frequent emergency calls it generates.  The Lakeshore is asking that visitors enjoy the Climb, but do not go beyond the closure signs.

• 8.7.15 – 5pm | The POWER is now ON in Glen Arbor!
It’s a great weekend and worthy to celebrate and enjoy this “Naturally beautiful” area!
Send a thank you to all the residents, business owners, tree/power/road crews that have come together and worked so hard all week! #glenarborstrong #leelanau #puremichigan #vacation #shopsmall

• 8.7.15 – Noon | The beautiful waters of Lake Michigan call you to take a hike. These TRAILS have been cleared and are NOW OPEN… Pyramid Point (all sections), Windy Moraine Trail, Bay View Trail, and Shauger Hill Trail. > Follow the Sleeping Bear Dunes National Park on Facebook for updates.

• 8.7.15 | STORM ROAD UPDATE “As of 8am on Friday, 8-7-15, all main  roads in Leelanau County are open to traffic except Dunn’s Farm Road.  This area around the east side of Big Glen Lake remains closed.  Consumer’s Power will again be in this area today with numerous work crews so the public is reminded to stay away from this area until further notice.  Other roads in this area will have periodic closures as Consumer’s Power continues to work to restore the electric power so if an area is barricaded off do not enter as the hazards are many when so much work is being done.” ~Leelanau Sheriff’s Blog

• 8.7.15 as of 8am | The power is still out in the Village of Glen Arbor.  We have not been given a solid time frame as of yet when the power will be back on. Power has been restored in Maple City and the surrounding areas where there were outages.

• 8.6.15 am | Glen Arbor Blu is offering a “relief” lunch Thursday 8-6-15 at 12 noon at the town hall in Glen Arbor. Tree workers, consumers power, people of faith, people of spirit and everyone else are welcome. Pass the word.

• 8.6.15 am | While out of power still, businesses OPEN and running on generators include: Anderson’s Market, Art’s Tavern, Northwoods Hardware and Cherry Republic. As many shop owners and galleries will be OPEN, as possible – providing a unique way to experience the community and still enjoy all that Glen Arbor has to offer. Stop into Synchronicity Gallery, Great Lakes Tea & Spice, Elements Fine Home Goods, Lake Affect Store and others that may be OPEN, even before power is restored!

• Leelanau County has declared a local State of Emergency. Please read the following Press Release (click for printable pdf) and pass it on, as information is needed regarding damage caused by the August 2 storms. Thank you!

• 8-5-15 | Report from The Homestead Resort in Glen Arbor | “If the property you are renting has excessive damage or no power, we will be in contact with you to let you know. However, again, as of this time, please plan on your vacation as usual, unless we have contacted you!” The Homestead Resort now has power and water, but the towns of Glen Arbor and Empire, as well as the entire Glen Lake area, DON NOT have power, water, WiFi, or anything of the like.

• As of 8am 8-5-15 | The following areas are still without electric power: Villages of Cedar, Maple City and Glen Arbor and their surrounding areas.  Consumer’s Power has called in numerous work crews from outside the area and they will be mobilizing in force today to attack the problem areas.  We are still unsure of positive time frames for restoration of electric power. Map & More of closed roads and blocked areas on Leelanau County Sheriff’s Blog >

• As of Noon on 8-4-15 | Leelanau County Sheriff Mike Borkovich confirmed that both Leelanau County and Grand Traverse County officially petitioned the state of Michigan yesterday for a declaration of a state of emergency.
• As of 8-4-2015 am | Dunn’s Farm Road is still closed to motor vehicle traffic north of Trumbull Road to Miller Hill Road. Numerous trees are down blocking this roadway and it is completely impassable. Also, M22 is closed to northbound traffic at Sunset Drive. Traffic can access the Village of Glen Arbor by M109 from the west or M22 from the north.
• As of 8-4-2015 am | The Villages of Cedar, Maple City and Glen Arbor are without electricity and restoration efforts are in full swing but because of the amount of damage done by this storm we have been given no time frame for when the power will be restored.
• National Park officials evacuated, and closed, the campground on Monday. Read more >
• “The Leelanau County Sheriff’s Office has increased it’s patrol efforts in the areas affected the most by the storm. They have been manning traffic points since Sunday evening and will continue to do so until the roadways are open to vehicle traffic.” ~update from the Leelanau County Sheriff’s Office, via their blog >

•
Follow
ARTISAN VENDORS WANTED: The Glen Arbor Artisan Marketplace is again being planned to take place Thanksgiving weekend, this year with the “preview party” on Friday, November 25th and the Artisan Market on Saturday, November 26th, 2022. Local resident and business owner, Dotti Thompson has volunteered to take over as event coordinator from outgoing event planner, Patricia Widmayer. Dotti and the Chamber are still seeking additional vendors for this year's event. Interestesed Artists should reach out to Dotti directly via phone (231)313-2311 or email [email protected] Learn more >> https://www.visitglenarbor.com/holiday-market-evolves-in-glen-arbor/
View on Instagram |
1/6 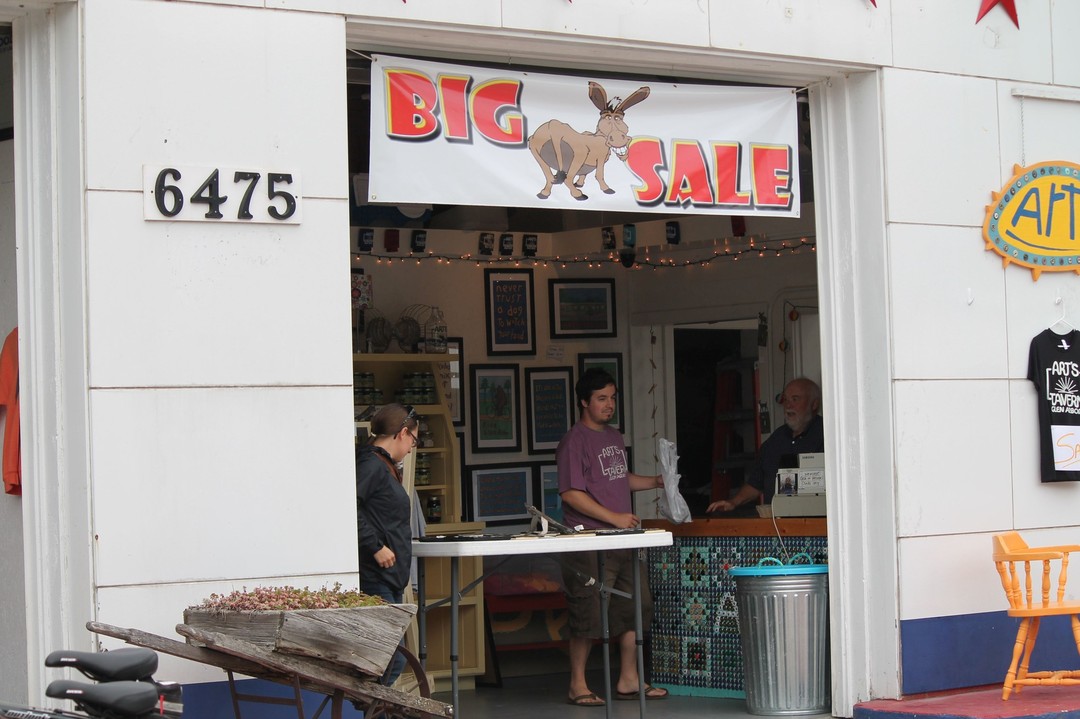 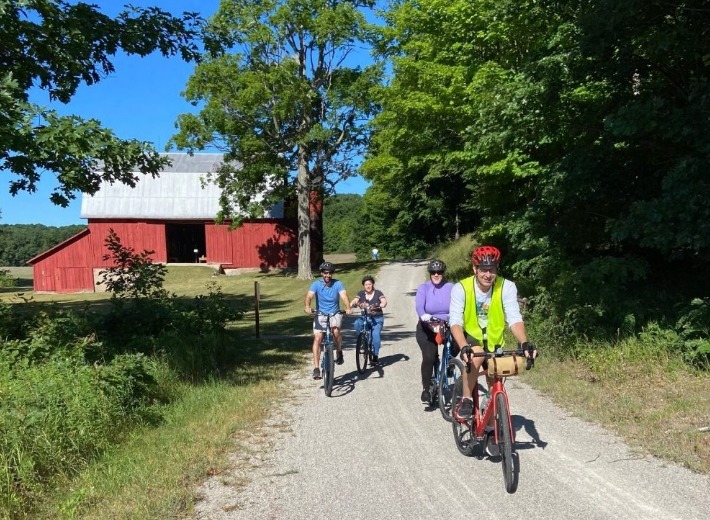 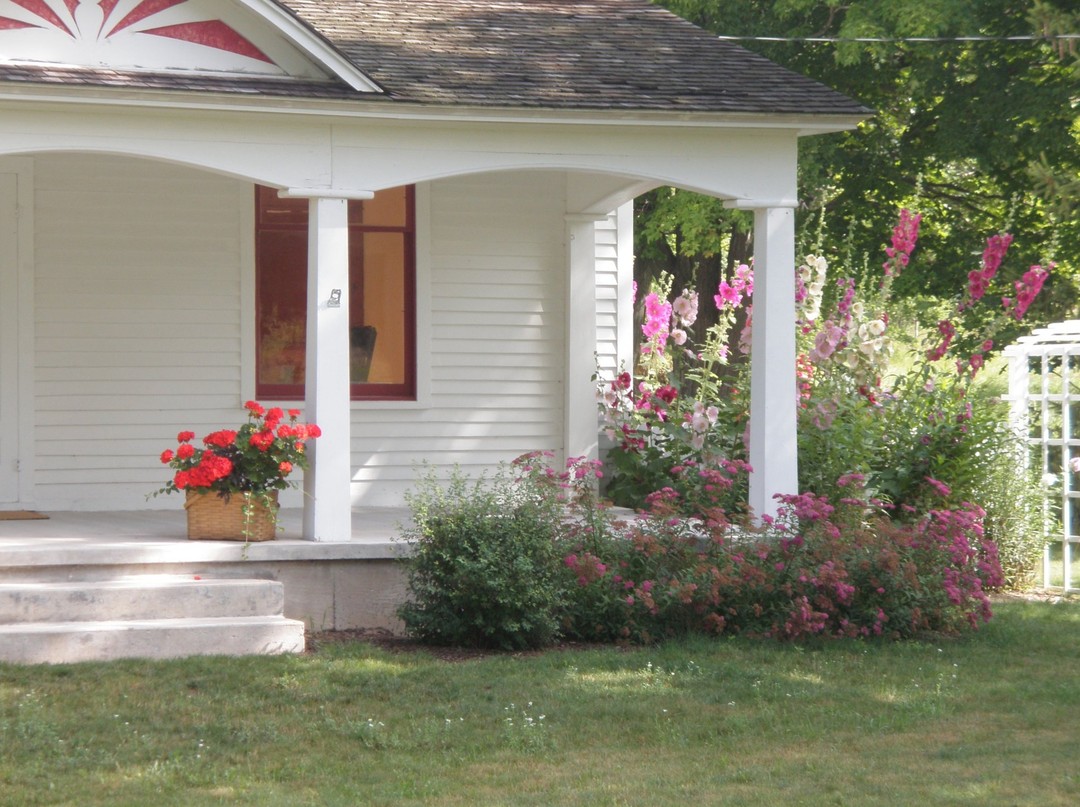 •
Follow
Stop into the Olsen Farmhouse in Port Oneida on your drive along M22 for some fun history and education! The exhibit is open through October. Learn more >> https://www.visitglenarbor.com/port-oneida-heritage-exhibit/
View on Instagram |
4/6 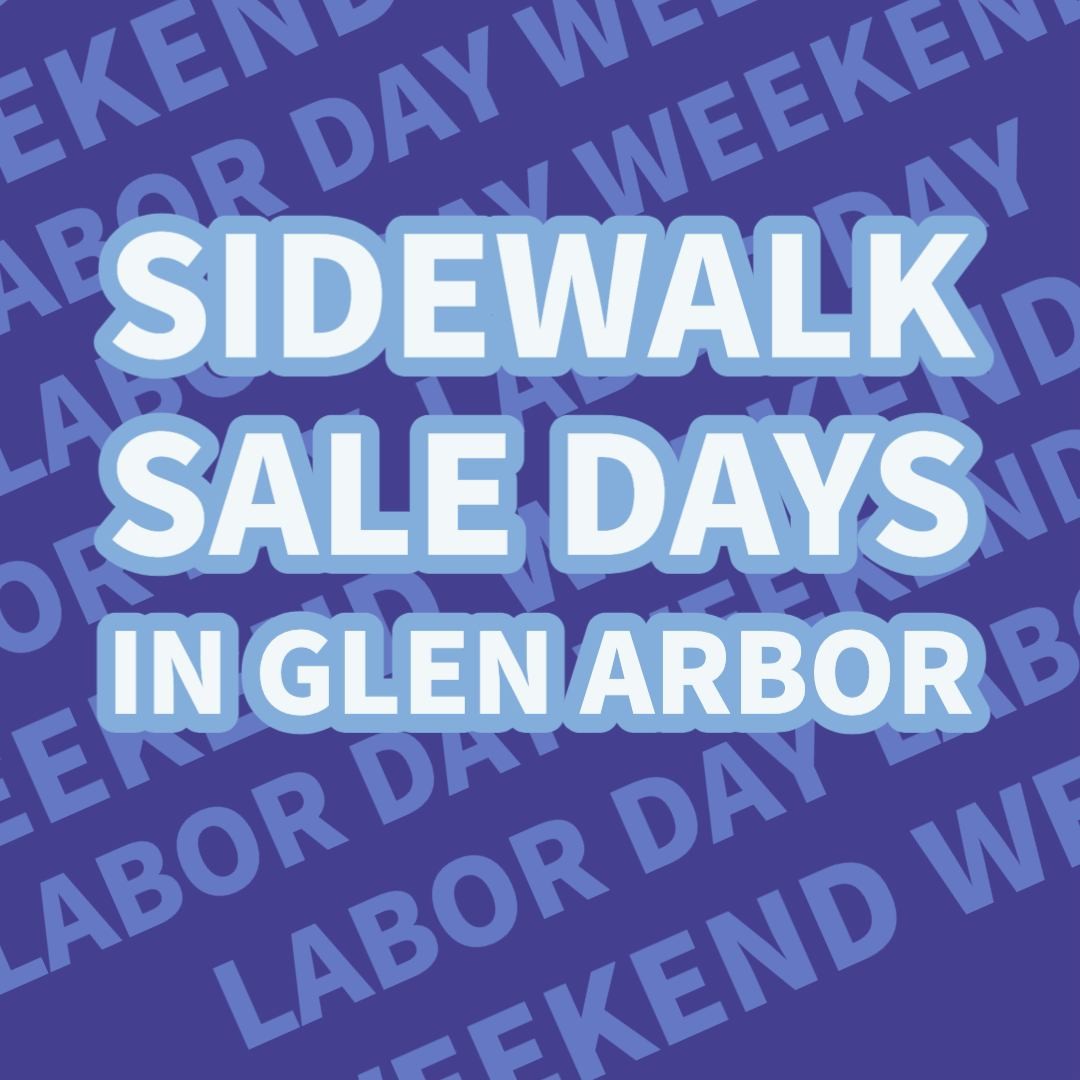