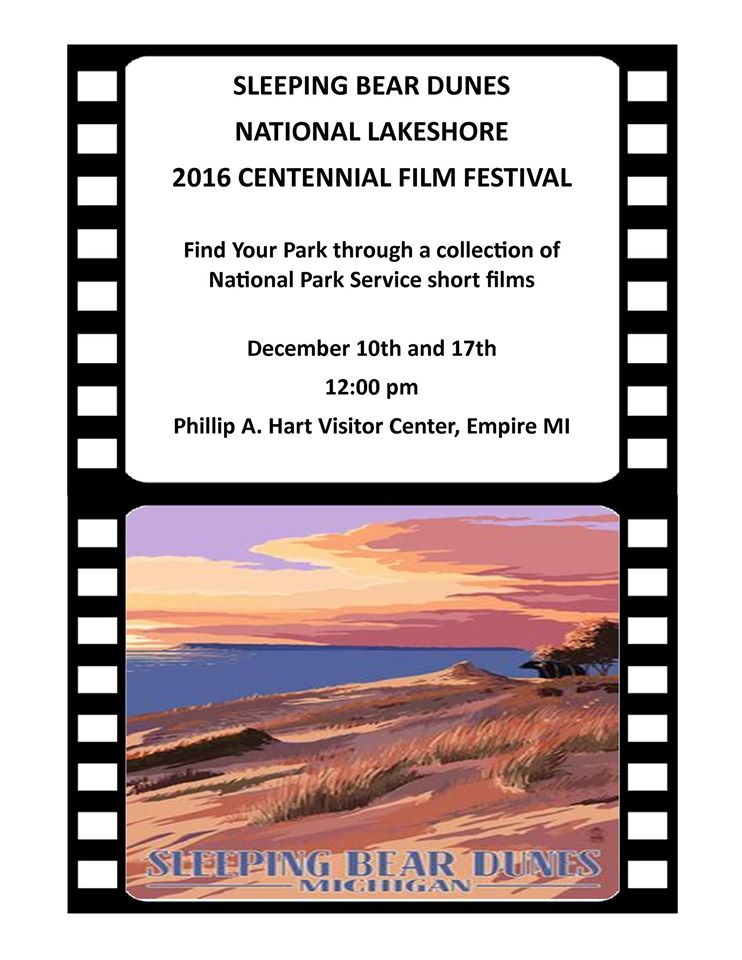 The National Park Service will be finishing out the 2016 centennial year with 413 individual park sites. These sites encompass some of the most beautiful and important natural, cultural and historical resources in the United States. Explore some of these treasured places in a series of National Park Service Films, each film a reflection of a different national park or national heritage location from around the country. The festival will be held December 17th at the Phillip A. Hart Visitor Center in Empire, MI, starting at 12:00 pm and lasting approximately 2 ½ hours. There is no charge for this program and visitors are welcome to watch as many or few films as they like.