Real immunity: How this is possible right now — REPLAY 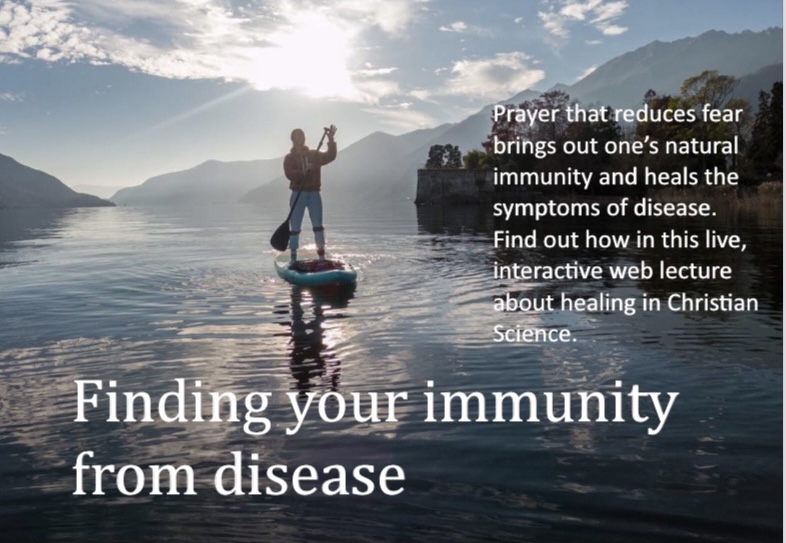 In today’s heightened concerns about our health security, Michelle Nanouche, practitioner of Christian Science healing and international speaker, recently presented a live online talk, “Finding your immunity from disease,” which will be replayed through July 15, http://bit.ly/FindImmunity15April

The talk focuses on universal healing precepts found in the Bible, especially in Christ Jesus’ life and teachings, showing how they are available for anyone to understand and experience through the lens of Christian Science. The talk is sponsored by First Church of Christ, Scientist, in Glen Arbor.

“This talk shares a reassuring message: the prayer that reduces fear brings out one’s natural immunity to disease and heals the symptoms of disease,” says Nanouche.

Sharing examples of healing from her own life and professional practice of Christian Science, Nanouche explains why Christian Science is both Christian and scientific, meaning that people can prove its effectiveness for themselves, as fully described in the book Science and Health with Key to the Scriptures, written by the founder of the Christian Science movement, Mary Baker Eddy.

Nanouche also touches on the life of Mary Baker Eddy, a mid-nineteenth century woman from New England, who came to understand, confirm, and teach what she felt was original Christian healing. Eddy herself said she was especially inspired by Jesus’ demand, “He that believes on me, the works that I do will he do also; and greater works than these will he do, because I go unto my Father” (John 14:12).

For over 150 years, people around the world have worked to follow Christ Jesus in this practice of Christianity and continue to do so today, experiencing healings of physical ills and personal difficulties.

Michelle Nanouche has been a practitioner of Christian Science healing for many years, helping people on a daily basis through this scientific approach to prayer. Based in Paris, France, she speaks to audiences around the world as a member of the Christian Science Board of Lectureship.