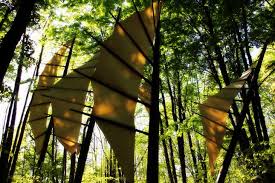 This year, the Legacy Award recognizes the significant positive impact the Pure Michigan campaign has on our state. The campaign effectively and meaningfully shares with the world the story of Michigan – its arts, history, culture and natural beauty. Travel Michigan’s Vice President George Zimmermann will accept the award on behalf of the team who made the Pure Michigan campaign a reality. Mr. Zimmermann has recently announced his plans to retire at the end of April.

“What better time to celebrate George Zimmermann’s leadership and the work of the talented staff at Travel Michigan,” said Renee Hintz, executive director of Michigan Legacy Art Park. “The creative efforts of the advertising team at McCann Erickson, the Travel Commission, and the dedicated leaders throughout the Michigan travel industry have not only boosted tourism in our state, residents have rediscovered their Michigan pride.”

The Legacy Gala begins with a reception and silent auction, followed by dinner, keynote address, presentation of the Legacy Award and a tribute video about the honoree. The annual event is the main fundraiser for Michigan Legacy Art Park – a place that attracts over ten thousand visitors each year to discover more than forty outdoor sculptures and thirty poetry stones along 1.6 miles of hiking trails. The Art Park’s education programs, summertime concerts and year-round events further inspire awareness, appreciation and passion for Michigan history, culture and environment.

Tickets to the 2014 Legacy Gala are $75 per person and can be purchased online at www.michiganlegacyartpark.org/events or by calling 231.378.4963. Sponsor tickets start at $250 and are partially tax-deductible.