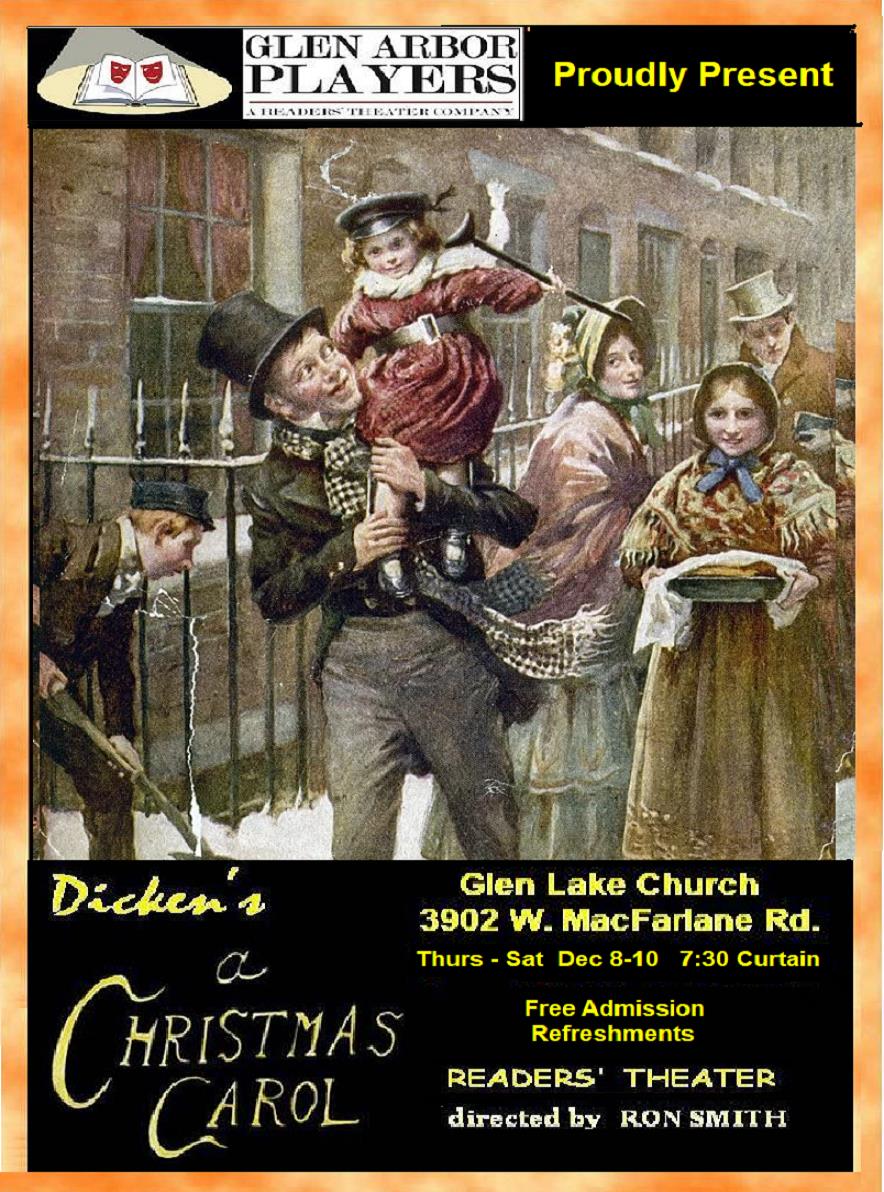 In the spirit of the Christmas season, we will be presenting “A Christmas Carol” on December 8-10 th at the Glen Lake Church, 4902 West Macfarlane in Glen Arbor. The play will be performed in a reader’s theater format with a very experienced cast. Each play will start at 7:30 pm and there is no charge for admission. Donations are accepted and refreshments will be served.

Incorporating the festivity of the season and the spirit of redemption, Charles Dicken’s classic tale has never been out of print since it’s release in 1843. The novel proved very effective in promoting renewed enthusiasm for the joys of Christmas in both Britain and America. A Christmas Carol has been adapted countless times for film, stage, opera and other media over the years. The story is one of the most read and watched in history.

The Glen Arbor Players will be performing the play as a re-enactment of the first show of the “Mayor of the Town” radio program which was broadcast starring Lionel Barrymore in 1942.

More information available at (231)409-4421 or www.GlenArborPlayers.org